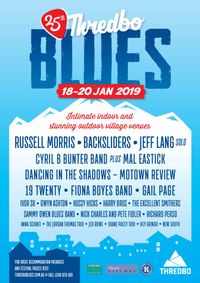 The Cyril B. Bunter Band with Mal Eastick